Nikki and Mr Boo – where it all began…

Who would have thought that one Kangaroo could change everything.

Several years ago Nikki and Scott Medwell moved to a 60-acre bush property in Elphinstone, Victoria. From the first day, they were greeted by the resident kangaroo mob. “We need to learn about kangaroos,” Nikki remarked to her husband that day. And so the journey began. Soon after moving in, they found themselves caring for their very first orphaned joey named Mr Boo.

Mr Boo had been found standing next to his mother’s lifeless body. She had been shot and killed and little Boo who was less than 2kg at the time was left helpless and alone. Once Mr Boo came into Nikki and Scott’s full time care and they were able to experience first hand the incredible nature and intelligence of kangaroos, a commitment was made to do everything in their power to protect them. A commitment they live by every day at Red Box Wildlife Shelter. 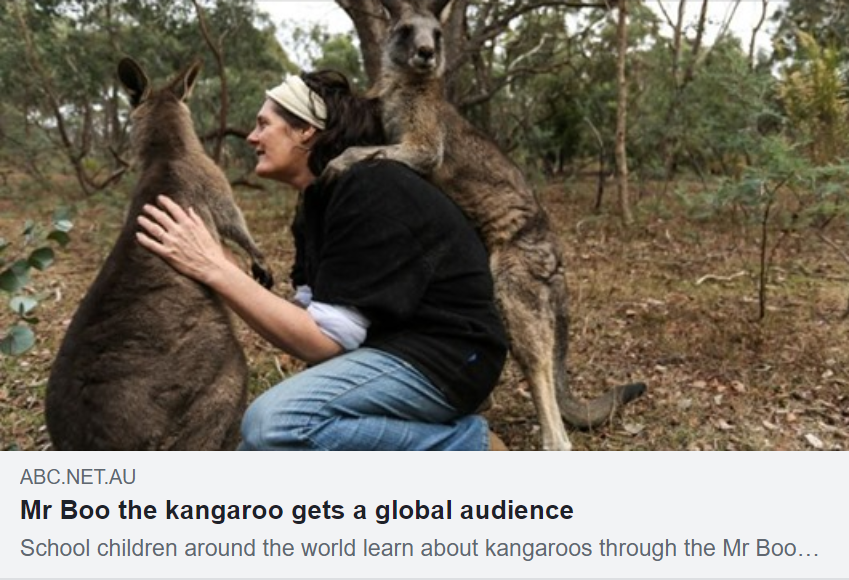 Wildlife shelters like Red Box Wildlife Shelter do not receive any Government funding and rely solely on the generous donations of people like you. Every dollar counts and goes directly to caring for orphaned joeys and other kangaroos which require protection and care.

We acknowledge Aboriginal Traditional Owners of Country throughout Victoria and pay our respect to their cultures and Elders past, present and emerging, as the original custodians of Victoria’s lands and waters.